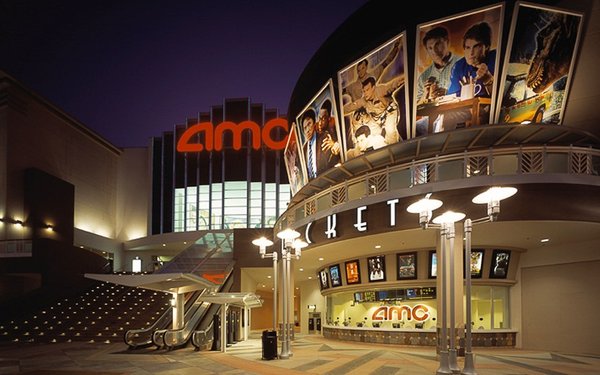 For those of us who love going to the movies, Summer begins in early May and not mid-June.  The first week of May has become the big start off point for big summer releases over the last few years.  Before it was Memorial Day weekend, but because of some major releases like Spiderman, Iron Man and last year’s record breaking Avengers, we’ve seen that it doesn’t hurt to get a head start on the summer season.  I always like this time of year, mainly because going to a movie starts to become an event rather than just a night out.  This is when the studios release the films that we wait years to see and sometimes even longer.  The rise and fall of some of these behemoths also become fascinating stories on their own.  Last year, we saw the assembling of Marvel’s finest; a welcome return to sci-fi for Ridley Scott; Batman and Bane dueling it out; the everyday life of a foul-mouthed teddy bear; and also proof that a movie based on a board game will be a massive failure.
The summer of 2013 looks to be a very different animal, featuring a surprising amount of new franchises, though there are still plenty of sequels to be found.  Today, I would like to share my outlook on this summer with all of you and tell you which movies I am most looking forward to, the ones I’m concerned about, and also the one’s I’m likely to skip because I know they will suck.
Must Sees:
STAR TREK INTO DARKNESS (MAY 17)

This is the movie that I am most looking forward to this summer, and I’m not even a Trekkie.  My enthusiasm for this sequel is entirely based on my appreciation of the previous installment in the series.  J.J. Abrams Star Trek (2009) was a perfect example of how to do a summer blockbuster right; by putting emphasis on the characters and story, rather than the special effects.  Abrams himself is not a Trekkie and he said that he wanted to make a Star Trek film that anyone could watch, while still adhering to what made the franchise work in the first place.  My hope is that this sequel delivers on what the first promised, and prove that it wasn’t just a lucky fluke four years ago.  The trailer gives me a lot of hope, mainly because of the emphasis it places on the new villain, played by rising star Benedict Cumberbatch.  I hope that his performance lives up to what we see in the trailer, because he already looks terrifying.  Hopefully J.J. Abrams leaves the series on a high note and delivers yet another solid Trek film behind before he travels off to that other space-based franchise in a galaxy far, far away.
IRON MAN 3 ( MAY 3)

It’s obvious that I’m excited for this film, since I’ve already purchased my advance ticket before writing this.  Like many others, I enjoy the Iron Man films.  I even thoroughly enjoyed Iron Man 2 (2010), even though a lot of people didn’t.  This entry has the distinction of being the first directed by someone other than Jon Favreau.  Marvel couldn’t have found a better person to fill the director’s chair than Shane Black; best known for writing the Lethal Weapon films.  Mr. Black has also worked with star Robert Downey, Jr. before.  Check out the movie Kiss Kiss, Bang Bang (2005) to see the kind of sweet music these two are capable of doing together.  I’m also excited to see what Sir Ben Kingsley manages to do in the role of Iron Man’s arch-nemesis, The Mandarin.  All in all, it looks like a lot of fun, which is what an Iron Man film should be.
THE LONE RANGER (July 3)

This film may turn off some people; some may think it’s an overstuffed Western, while others may think it’s Pirates of the Caribbean in the wild west.  Sure, director Gore Verbinski may be drawing upon some familiar tricks here that he used in the Pirates films, including having Johnny Depp on board.  It could be just the excellent marketing, but I think that this may end up being a great action film in the end.  Depp’s casting as Tonto is an odd one, but I think he brings enough creativity and humor to the role to where it will avoid feeling mundane or worse, offensive.  Also, Social Network’s Armie Hammer looks right for the part of the Lone Ranger himself, and it could be a good star-making part for him.  In addition, the cast is made up of some great actors like Helena Bonham Carter, William Ficthner, Barry Pepper, and Tom Wilkinson; all chewing up the scenery in a good way.  We’ll know whether or not it works when it releases in July, but I’m willing to give it a shot.
THIS IS THE END ( JUNE 12) & THE WORLD’S END ( AUGUST 23) 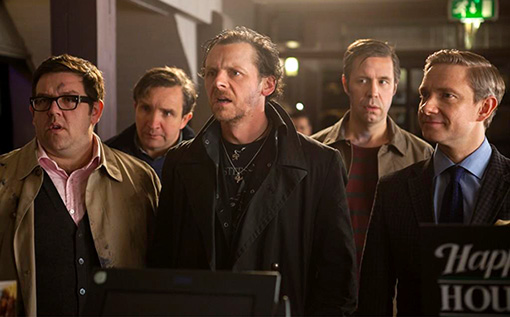 This summer bring us not one, but two comedies set around the apocalypse.  The first one comes from Seth Rogen and the rest of the usual Judd Apatow stable.  For the most part, I haven’t been impressed by much the comedic work these actors have done in recent years, so I’m quite surprised as to why I’m excited to see this movie.  I think it’s because of the unique gimmick of having these guys play themselves instead of characters, which opens up a lot of comedic possibilities.  Danny McBride looks especially hilarious as he picks apart each of his co-stars.  Also, the trailer gets points for the line, “Hermione just stole all our shit.”  Later in the summer, we also get another apocalyptic comedy in The World’s End, the long awaited follow-up from the team that brought us Shaun of the Dead (2004) and Hot Fuzz (2007).  Both are classic comedies, so hopefully Edgar Wright, Simon Pegg, and Nick Frost are able to deliver a third time around.  Another plus is the inclusion of The Hobbit’s Martin Freeman.  Less is known about the plot of this movie, so I’m eagerly awaiting the trailer once its out.
Movies that Have Me Worried:
MAN OF STEEL ( JUNE 14 )

Maybe it’s because I’m more of a Batman fan or maybe it’s because I hated the previous Superman film, but so far I haven’t been moved by anything I’ve seen from this upcoming film.  I hope that Zack Snyder is able to breath new life into this franchise, but even he’s a question mark, given how bad Sucker Punch (2011) was.  The trailer seems too somber for my taste, which makes me worried that the film is going to be too ponderous and self-important for it’s own good.  Russell Crowe looks like a pale imitation of Brando’s Jor-El and Henry Cavill doesn’t look right as son of Krypton in my opinion.  Again, it could just be the marketing and my own biases, but so far I’m not as enthused for this film as it seems everyone else is.  I could be wrong, and I hope I am.  That being said, I do think Michael Shannon looks awesome as General Zod.
PACIFIC RIM (JULY 12) & ELYSIUM (AUGUST 9)

High concept science fiction films are often hard to get right.  You usually have to spend several minutes of the movie’s running time just to set up the world that the story takes place in, and that can drag down the whole thing if done poorly.  Here we have two movies from acclaimed directors that are trying to do new things in the sci-fi genre, and it mainly involves a lot of CGI trickery to tell the story.  I do have a lot of faith in Guillermo del Toro, who has an incredible visual style.  With Pacific Rim, he’s working with his biggest budget to date, which means the pressure to deliver is even bigger.  I’m interested in seeing what he does with the material, but so far I can’t help but see this as nothing more than a darker version of Power Rangers, based on the trailer.  That could be a big misreading, but it’s what came to my mind.  Likewise, Neill Blomkamp is going bigger with his sophomore film Elysium.  The visuals are amazing, but the trailer left me a little cold.  Possibly because it sticks so stylistically close to the director’s first film, District 9.  I’m hoping that Neill Blomkamp isn’t a one trick pony and is able to do some great things in his second effort, but there’s a lot more I need to see before I’m convinced.
MONSTERS UNIVERSITY (JUNE 21)

It’s hard to make a sequel work 12 years after the original, but Pixar has done it before.  However, Monsters Inc. is no Toy Story.  Also, Pixar seems to be loosing some of it’s footing lately in the animation world after a couple of underwhelming entries: Cars 2 (2011) and Brave (2012).  So, I’m a little apprehensive about this new film, despite the fact that I think it has one of the more clever ad campaigns in recent memory.  Monsters Inc. was a wonderfully told and self-contained story on its own.  A sequel would’ve made sense, so it’s surprising that the filmmakers chose to go backwards and do a prequel instead.  My hope is that Monsters University is able to reclaim some of that missing Pixar magic, but that’s a tall order that I’m not sure it can pull off.
Movies To Skip:
WORLD WAR Z ( JUNE 21)
More than any other movie this summer, this one has “dog” written all over it.  I haven’t read the book it’s based on, but from talking to people who have, they say the movie is nothing close to what they’ve read.  Apparently the book World War Z is told through vignettes, depicting a zombie infestation from many different points of view.  In this film, it appears that this idea was dropped in favor of making the whole thing a starring vehicle for Brad Pitt.  The movie is already being plagued by bad buzz and unfavorable press due to rumors of numerous re-shoots.  To me, the whole thing looks like a promising project that got watered down by studio interference and the resulting film is what I think will be the big flop of the summer.  Funny how we’re now looking to TV shows like Walking Dead and Game of Thrones to see zombies done right.
THE INTERNSHIP (JUNE 7)
Once upon a time, Vince Vaughn and Owen Wilson were comedy’s golden boys after their smashing success with Wedding Crashers (2005).  Unfortunately the two actors have put out some duds in the years since, especially in Vince’s case.  Need I bring up The Dilemma (2011).
Now the two of them have reunited in what unfortunately looks like a 100 minute commercial for Google.  It’s shameful and disappointing.  I want to see something original, and not a shallow example of blatant product placement in place of comedy.
AFTER EARTH (MAY 31)
I was once a believer in M. Night Shaymalan a long time ago.  I still see the film Unbreakable (2000) as a minor masterpiece.  But after being disappointed time and time again, I’ve lost all faith in the director.  His latest, After Earth, looks like more of the same melancholy and self-indulgent BS that we’ve been getting from M. Night for the last decade.  I’ve given up on the once promising filmmaker and I’ll probably pass this one up as well.  It doesn’t even look entertainingly bad like The Happening was.  Also, a word to Will Smith; stop pushing your untalented kids on all of us.  We know you love your son.  It doesn’t make the movies any better.
Well, those are some of my thoughts on this summer’s big releases.  There are many others coming as well, but these were the ones that were on my mind.  In the months ahead, I plan on reviewing a few.  Hopefully there are more surprises than disappointments.  That’s all for now.  Time to ramble off.